If you think about it shooting is looked at more as a guy thing to do rather than a girl thing to do. The problem with that though is it is just plain wrong. Many people mistakenly think that doing anything in the great outdoors is more interesting for boys than for girls; so many Dads tend to only include their sons in their outdoor activities, including hunting and fishing.

Dads view these outdoor activities as a great way to bond with their sons, but what happens if the dad only has daughters or perhaps their son just isn’t interested in the great outdoors. Does this mean that the dad has to stop enjoying outdoor activities, of course not. One thing he can do is get the girls in his family involved.

Know getting the girls in the family involved in shooting sounds like fun, but not many males are aware of how to go about doing it. In some cases, it is as simple as just asking them if they would like to join, but in other cases, it can take a bit more persuasion. If you have to talk your girls into joining you the next time you head out shooting here are seven useful tips, you can follow to introduce them to shooting.

One of the worst things any male can do when trying to get young girls interested in shooting is to be pushy about it. With a lot of kids being pushy sends them running and screaming the other direction. The more you push something on a kid who isn’t really interested the more they resist it. Instead, if you are trying to get your girls out shooting with you simply ask them if they want to go.

If they say no, leave it at that. But, that doesn’t mean you have to give up on getting her to go shooting. Instead of trying to bribe her to go with you that day, simply ask her the next time you decide to go out. Always respect her decision, but always extend the invitation. 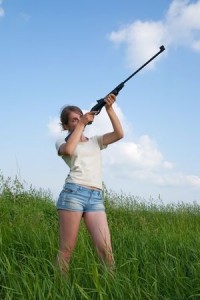 Sure the boys might like to shoot something that has as lot of power, and honestly some girls might even enjoy it too. However, you don’t want to start with the biggest gun out there when introducing them to shooting because chances are they won’t enjoy the powerful gun.

The more powerful the gun the harder the time young girls have aiming and shooting properly.

Not to mention they run the risk of smacking themselves in the face or getting knocked down because they aren’t prepared for the power.

#3. Don’t just throw them into shooting

Never just take her out and let her start banging away at the target. Even though you are there supervising and know what you are doing, she still has a lot to learn. Not to mention kids of all ages are naturally curious, they love to know how things work, so take the time to teach her all about the gun she is using and how it works.

Go over the different parts of the gun, tell her the name, and have her repeat the name. You can also explain to her how the parts work. Just be careful not to go into too much detail, as you don’t want to lose their focus.

#4. Teach them how to shoot

Just throwing them out onto the range or out in an empty field might sound like the best way to teach a young girl how to shoot, but that is only fun for people who know what they are doing. What you need to do is show her how to shoot, take the time to teach her all of the things that you would teach your son or the things your dad taught you. Work on showing her how to aim by figuring out which eye is her dominant eye. 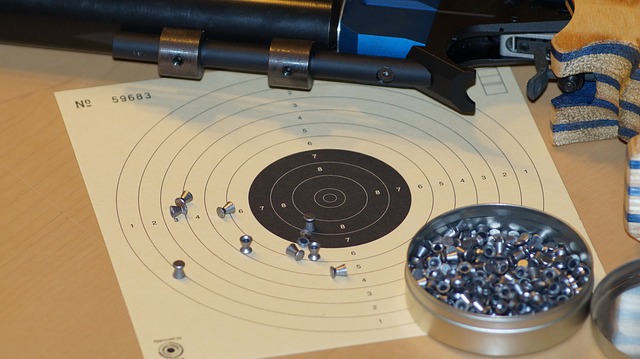 When it comes to holding the gun take the time to figure out which is her dominant shooting hand, so she can shoot steadier. Go over everything there is to shooting, including stance, squeezing the trigger, breathing control, and how to follow through. Best way to help teach this is to use a dummy gun or an unloaded firearm.

Explaining how to shoot is one thing, but showing her how to is another. Some kids might understand the verbal instructions, but most learn better, when they can watch it actually being done. When showing her how to properly shoot use the gun she will be using, even if it’s a pink rifle. She should be standing in a safe place next to you, so she can see how everything is being done.

Emphasize the loading and unloading process, as well as the importance of always unloading the gun once you are done shooting. Show her how to use the safety, both turning it on and off. Most importantly show her what to do with the gun once she has fired at the target.

#6. Don’t make it a competition 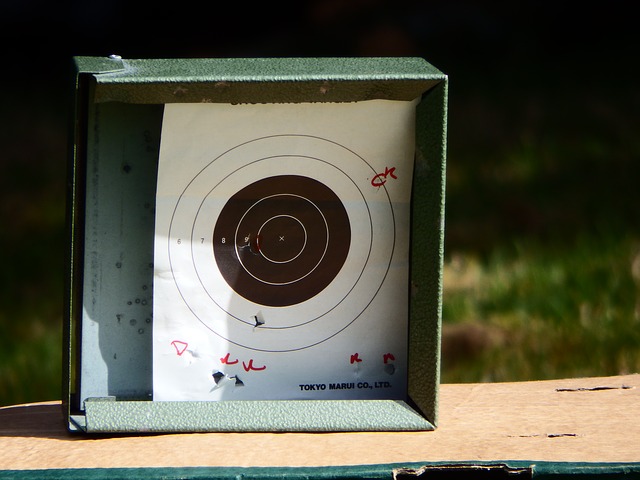 Once your girl decides to come out shooting with you the worst thing you can do is make her feel like she is doing lousy at it. Always support her even if she is missing the target by a mile and a half.

Never compare her to other kids or even yourself. And, while it is o.k. to show her how to shoot and aim at the target, you must do so gently so as to not make her feel like she isn’t doing a very good job.

The more fun the experience is for her, the more likely she will want to continue doing it. Shooting at paper targets is nice, but it does get boring after awhile. Instead try shooting at different objects, such as water balloons, water bottles filled with colored water also make great targets. As she gets better use other kinds of targets to keep it interesting and challenging.

The key to introducing young girls to shooting isn’t much different from how you would introduce young boys to shooting. You simply need to make it fun and exciting. Shooting at the different targets is fun, but so is learning the basics. Enjoying the experience is vital if you want to keep her interested.