After 17 hours of research and checking nearly a hundred different companies, we found the best 15 brands for Airsoft products. Along the way, however, we realized that the companies were split into two categories – budget brands and performance brands. Most people are looking for one or the other, so it didn’t make sense to lump all of them together.

Without further ado, let’s take a look at the winners and find the best airsoft brand of 2018.

These are the best brands to look at if you want high-quality gear.

Based in Japan, Tokyo Marui is best-known for its pioneering designs and a wide selection of products, from automatic electric guns and pistols to gas, spring, and sniper-style gear. Models from this manufacturer tend to have either plastic-and-metal or full metal exteriors, as well as easily-modified gearboxes that can improve performance.

New products from Tokyo Marui are on the pricey side, but they’re also made to high manufacturing standards, and even used models are often in excellent condition. Thanks to its combination of high-quality parts and a diverse product line, Tokyo Marui comes in as our top suggestion for performance products.

ICS, or I Chih Shivan Co., is a Taiwanese manufacturer with a focus on innovation. Their products are particularly well-known for their durability, with a split gearbox design that makes it easy to maintain the gun. As a bonus, the accessories tend to be included with each gun, so there’s no need to shop around and hope you find everything.

The one complaint about this company is that many of its parts don’t play well with those from other manufacturers. This makes it harder to mix-and-match pieces instead of buying brand-new parts, though that’s less of a problem if you prefer to stick with one manufacturer. 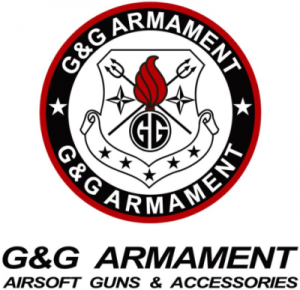 Their Combat Machine series is among the most popular, and recent models are solid choices. Personally, though, I’d stay away from their accessories – many people have reported problems with those, and the last thing you want is for parts to be falling off in the middle of a close match. 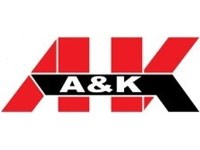 A&K Airsoft is in an unusual place for airsoft manufacturers – it makes performance-focused products, but it’s also widely considered to be an entry-level manufacturer. In other words, this is a good company to start with if you want a solid, easy-to-use product and aren’t too worried about the price.

Their primary focus is rifles, carbines, and various types of machine guns. I don’t recommend using these as primary guns – instead, A&K’s products are at their best when used as support guns that complement your main firearm. Prices range from $150 to $350 for most of their weapons, but you can usually find them at a discount. 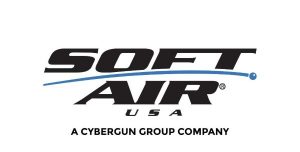 SoftAir USA is part of the Cybergun group (see below for more on the main brand), and emphasizes performance. A few budget options are available, but it’s more common to see guns in the $100 to $350 range. Full metal is fairly common among SoftAir guns, making them durable (if a little on the heavy side).

Models like the Colt 100th Anniversary M1911 A1 are particularly well-received and worth looking into if you’re trying to find a reliable sidearm. SoftAir may not be a top performance brand, but it’s still one of the best manufacturers currently in the market. 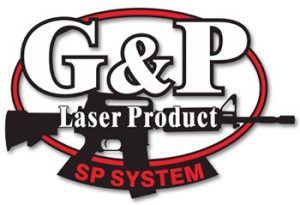 G&P, or G&P Industrial Co. Limited, is a Hong Kong-based manufacturer specializing in military equipment and wargame products. Some of their products are still used by armed forces around the world, which is why it’s no surprise they made the list.

In addition to a variety of standard guns – including electric, gas, and shotgun options – G&P sells a selection of grenade launcher attachments. This is a nice touch, and it can provide both surprise and flexibility in serious war games.

The main drawback of this company is that it doesn’t have much in the way of long-range sniper options. At close or medium ranges, though, G&P is a solid (if somewhat expensive) choice.

These brands offer the most bang at the lowest price. As a general rule, they’re not as good as the performance brands, but they’re an excellent starting point for beginners. 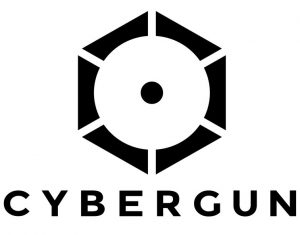 Cybergun is a French company with a focus on creating replicas of real and fictional guns. While they aren’t constructed with the same quality as other brands, the low prices make it easier to try a variety of products and see which is the best fit for you. For beginners, that’s the most important thing. Expect a lot of plastic with their products.

As a side note, Cybergun also sells some useful accessories, including optics and targets. Having a gun is good, but you also need something to shoot at while you get a feel for each weapon. Expect to pay less than $50 for most of their models. Cybergun rarely sells products directly, so if you want to get something from this manufacturer, check third-party retailers like Amazon. 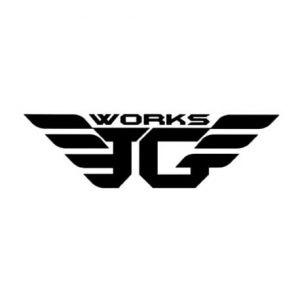 Jing Gong, also known as JG, JG Works, or (in the past) Golden Bow, is a Hong Kong-based manufacturer. Many of their products are essentially duplicates of high-end brands (especially Tokyo Marui), but they shouldn’t be seen as just “cheap Chinese knockoffs.” Most Jing Gong products are manufactured to a surprisingly high level of quality despite the low price, making them a solid choice as a budget brand.

The Jing Gong brand is owned by Fujian Fuxing Industry Paintball Marker Co. Ltd. and follows the ideal of satisfying customers, employees, social expectations, and shareholders. They’re best-known for their rifles and SMGs, but pistols are available. 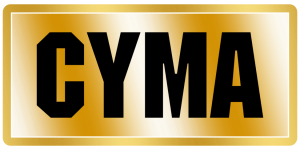 CYMA is another copycat company, emphasizing duplicates of Tokyo Marui and other high-end manufacturers. However, unlike some budget brands, CYMA usually mixes metal parts into a plastic body. This is important – metal offers durability in critical areas, while plastic keeps the weight down and makes the guns easier to use.

Their AK line is particularly good, especially when you consider the high-quality motor, metal receivers, and easy-to-upgrade design. That said, they’re still not as durable as higher-end manufacturers, making this a better brand for beginners. You’ll have to browse around some online stores if you want to see what they offer – CYMA doesn’t currently have a website or online marketplace.

Lancer Tactical is a higher-end budget brand based out of California. In addition to a full line of rifles (including Licenses, M4s, AKs, Bolt Action Springs, and even Heavy Machine Guns), they offer a complete selection of tactical and protective gear. These aren’t necessary if you’re only shooting pellets in a safe area, but if you want to get involved in any sort of match, protective gear is vital.

I was particularly impressed by their Multi Mission Carbine Blowback model, which shoots 6mm pellets with good accuracy at up to 200 feet.  The rotary hop up wheel is a solid addition and made for quick adjustments. Lancer Tactical is a bit more expensive than most budget brands but remains a good choice if you don’t want to pay for a true performance model. 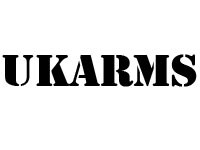 UK Arms is a budget manufacturer best known for its line of airsoft pistols. Some of these, like the M777S Ghost, regularly retail for less than $10. The main reason for the low cost is the lack of moving parts – spring-based airsoft guns don’t need motors, batteries, or gas to operate, so they’re easy to manufacture in bulk.

Spring-based guns are also more durable than most other types of airsoft guns, even when made almost entirely of plastic. This makes them a solid choice for anyone who wants to try airsoft shooting without making a serious investment. 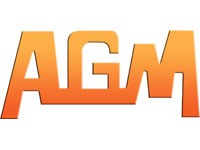 Literally “Airsoft Gun Manufacturer,” AGM is a Chinese company that straddles the line between budget and performance brands. In my experience, though, their focus has always been on somewhat unusual guns. Sure, they have rifles and machine pistols, but they also make a variety of high-power sniper rifles and pump-action shotguns.

Unfortunately, some of their products aren’t built to endure serious game play. Their M180C2 shotgun, for example, is specifically recommended more for casual backyard play than for anything resembling field use. If you’re looking for something different, AGM is a safe bet, but be aware of each item’s intended use.

Wellfire is a budget-focused Japanese manufacturer, generally considered to offer both low quality and low performance at a low price. Their models revolve around popular guns (M4 Carbines, Uzis, etc.) and Tokyo Marui clones. Given the generally low quality of their products – and the occasional far-too-high price – I’ve found Wellfire products to work best as “threat” guns.

A threat gun is something used to keep others on their toes. You aren’t necessarily trying to hit them; you just want them to think they could be hit and act accordingly. In these cases, a cheap and inaccurate gun gets the job done at the best price. Other than that, though, you can get better guns for the same price.

Umarex, or Umarex Sportwaffen GmbH & Co. KG, is a German manufacturer that spans the range of budget and performance. They own a subsidiary, Umarex USA, that sells many of their locally-made products.

Umarex is most notable for its heavy use of licensing. Many of their guns are designed to resemble popular manufacturers like Beretta, Colt, KH, Smith & Wesson, and Walther, which makes them ideal for collectors and people who are particularly focused on the designs of their guns.

Smaller guns like pistols and Uzis tend to be the most budget-friendly. Larger guns can reach over $700, making them some of the most expensive in the industry. 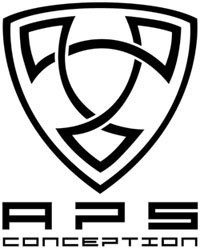 APS Limited is a budget manufacturer with rather hit-or-miss quality. The higher-end M4s have been well-received, but the lower-end plastic versions and the AKs are known to have a high rate of failure.

That said, it is worth looking into the accessories of this manufacturer since many of them are built to better specifications than the guns. Either way, though, APS is best when limited to cheap backup guns or experimenting with different styles. You can – and generally should – try to get more for your money.

The top airsoft brand is a subjective rating. If you’re looking for quality, Tokyo Marui and ICS are outstanding choices. On the other hand, if you’re trying to save money and experiment with different sorts of guns, Cybergun and Jing Gong are your best bets.

If you’re trying to figure out what is the best airsoft brand overall, we’d say it’s Tokyo Marui. There’s a reason so many of the budget brands try to duplicate their products – and you’re not going to go wrong with the original.